Initially, the group had been accepted as one of the seven finalists of the challenge and were invited to demonstrate their application on-site. The developed awarded prototype, entitled “Gamified haptic UI for increasing trust in autonomous vehicles”, included both hardware implementation of a wearable haptic sensor and actuator, use of the off-the-shelf Ultrahaptics mid-air haptic rendering device and a Virtual Reality software system whose aim is to gamify and increase trust on the use of autonomous vehicles. 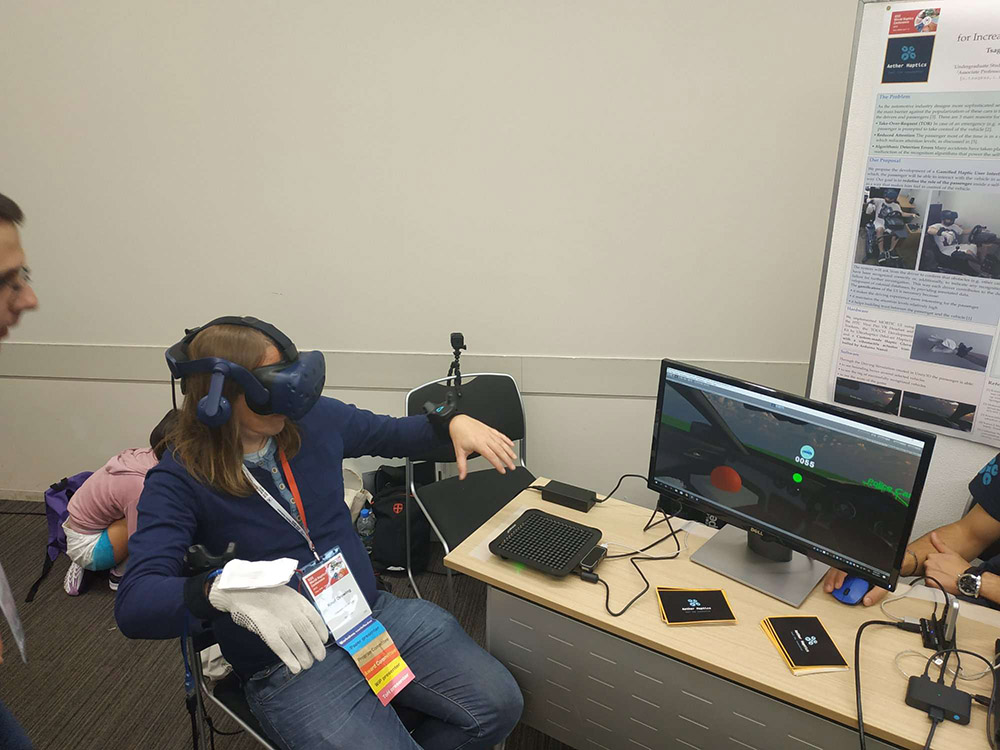 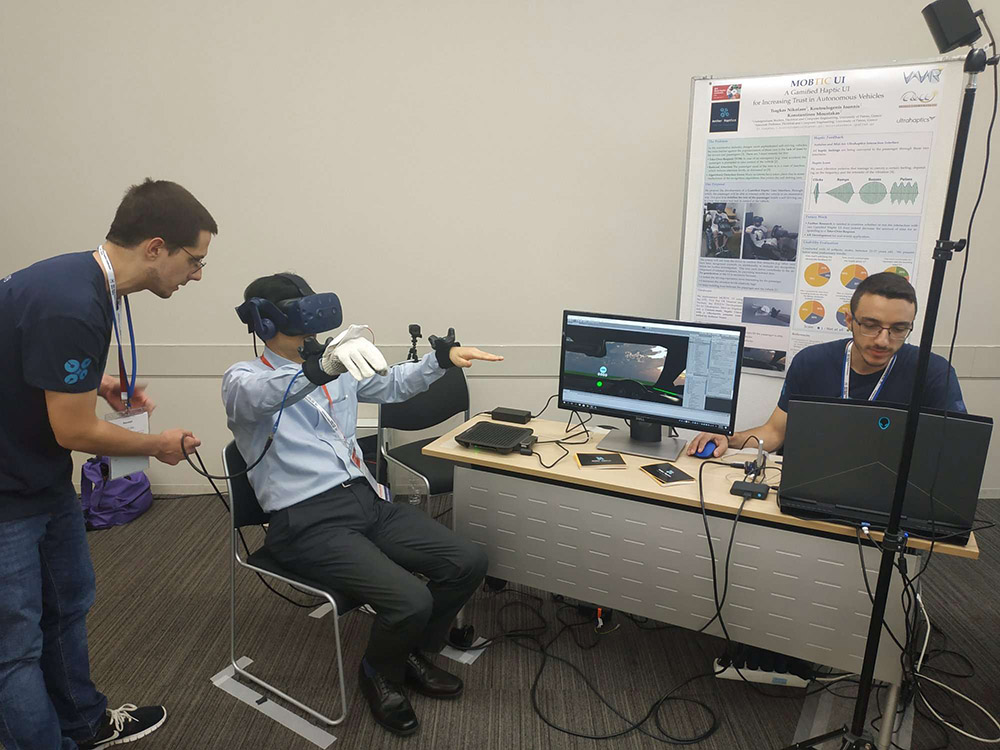 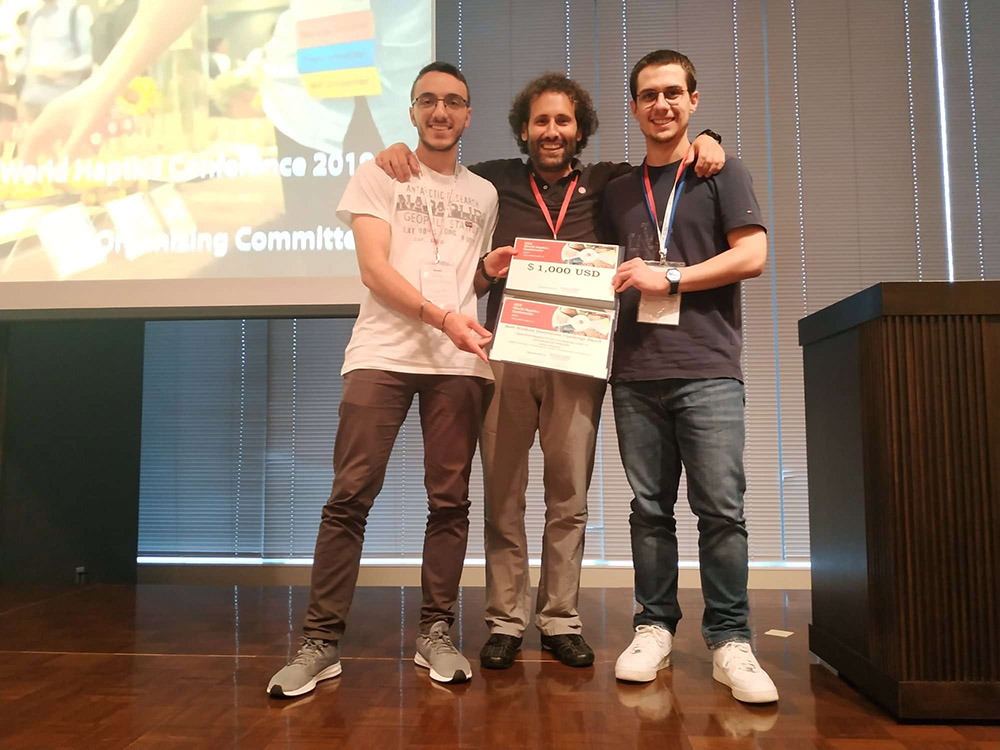 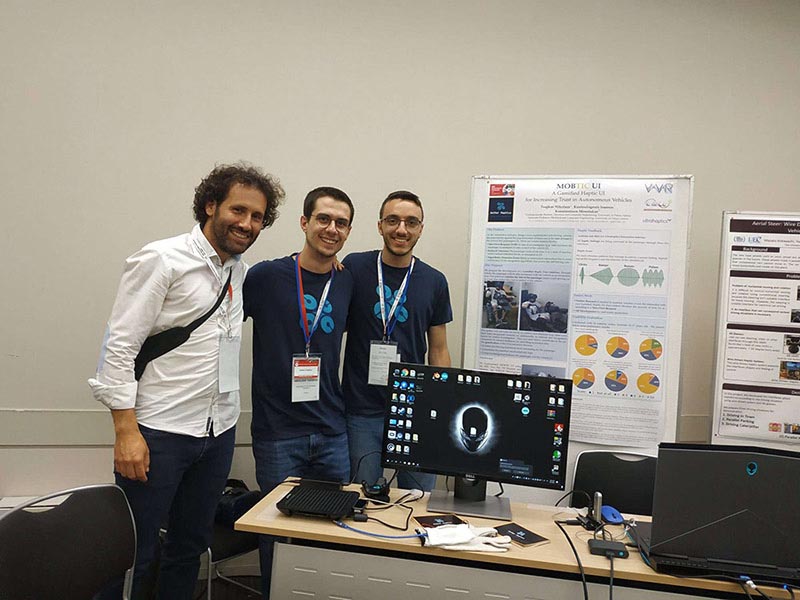 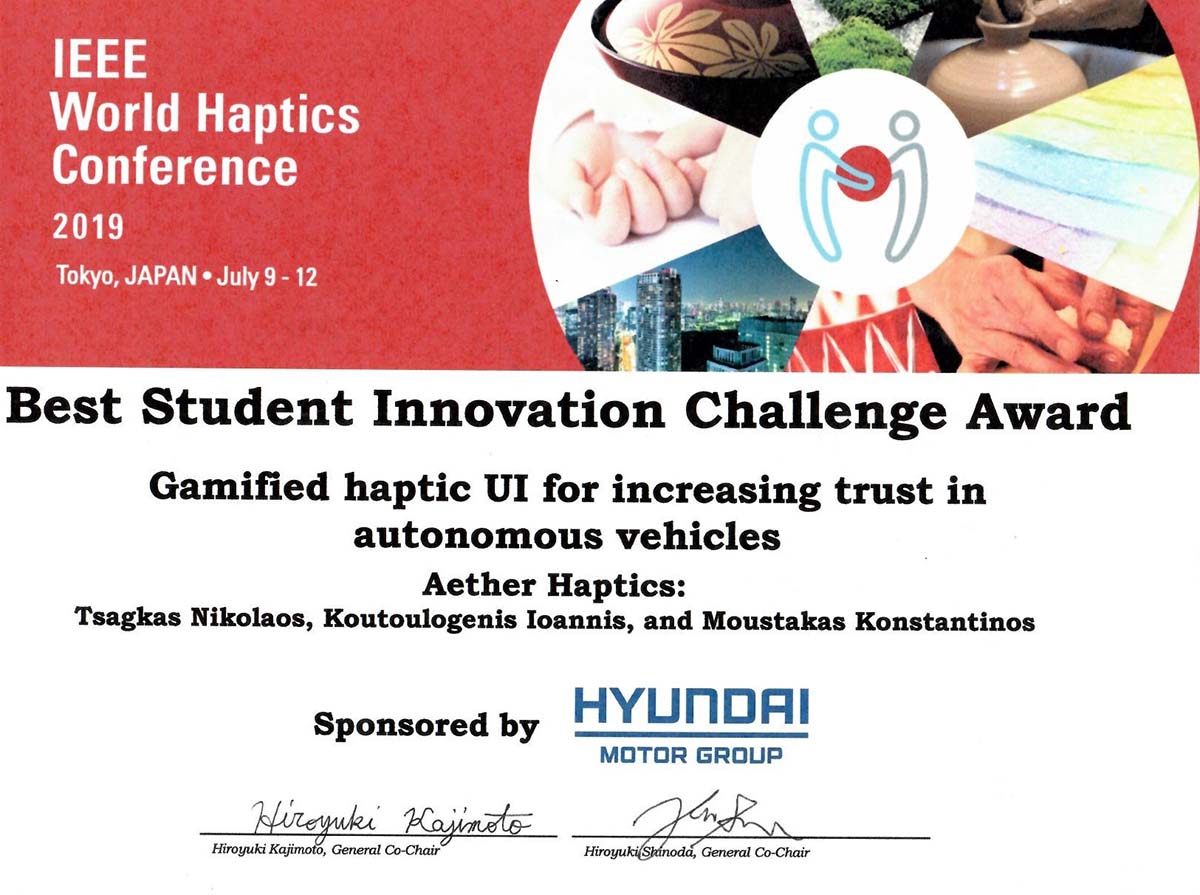